A couple of months ago, I began to write about a metamorphisis taking place within me, and with Adjunct Justice.


"During the next few weeks, my transformation will continue; from words my metamorphosis will transcend to the visual, and our forum will rise as from the ashes, or it will be rediscovered, much like the Mayan codices are deciphered day by day."

I said that my blog Adjunct Justice did not only apply to faculty, but it also related to so many more marginalized populations.

Because of this, I want to depict this transfiguration, and to envision that we are not part of an old world, but now we shape this new and changing society, where things are always in upheaval, though there are characteristics that may remain constant.

In the 17th through 18th centuries in the Yucatán, Mexico, there were discovered certain books -- Miscellanies -- that described the coming together of both Spanish and indigenous thought. These books seemed the perfect blend, using the Mayan language, yet also the Latin alphabet. People say these manuscripts were written by a man called Chilam Balam. He seemed to have mysterious powers, as a chilam was a priest who phophesied the future, while balam was the name given to a jaguar.

What kind of magical creature was this Chilam Balam, who embodied such conflicting traits, and what intuition did he have?


Many have thought about the writings contained in the Chilam Balam, and even more have imagined its meaning and philosophies.

One such person, intrigued by the paradoxical force of both the text as well as the man, decided she would interpret both in her own way.

Blanca Tovar is an artist. She is also a DREAMer, a very talented student who -- though she may now have the chance to get a job without constantly looking behind her back -- still remains precariously alert. Though this artist may be able to continue her work because of the president's executive action allowing over 4 million undocumented people to stay here in the United States, her position is still rather insecure. Who knows what will happen come the next congress and their wish to destroy all those lives who now have hope?

Thus, I am changing the art on my page now to include not only the gradual changes in Adjunct Justice that you've seen coming, but also to pay tribute to DREAMers and dreamers -- undocumented students and adjunct faculty -- who have that power to dream, who will not be forgotten, who will labor on just by their sheer will and talent and strength.

I want to present Blanca Tovar's Chilam Balam. I would like you to know that her art will grace some of my pages from now on, and her work will always bring me hope of tomorrow. 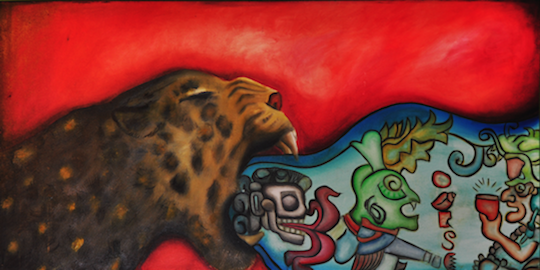 
My medieval scribe will also change to a Mayan scribe. Since we are in the New World, this seems a natural progression. More so, I want to show the beauty and strength of our culture in the world: what better way than to depict a Mayan scribe, the strength behind a King?


In Maya society, Johnston said, "writing was a political tool of persuasion and authority. Scribes were deliberately targeted in warfare to silence the king's mouthpiece, which would compromise his power and reveal his vulnerability." (http://news.nationalgeographic.com/news/2001/11/1126_Mayanscribes.html)

So my pages -- this is the introduction to my third Adjunct Justice page, now on Blogger -- will be a mixture of the old hieroglyphs from ancient Egypt, with a new sprinkling of Mayan scribes and art representing our new world. My writing will continue to be a political tool to expose -- like the Mayan scribes -- those who "would compromise his power and reveal his vulnerability."

Lastly, the topics in Adjunct Justice will always remain about us, all of us: adjunct faculty, DREAMers, undocumented, refugees, workers... always moving forward, always trying to reclaim our education, struggling to recover our lives. 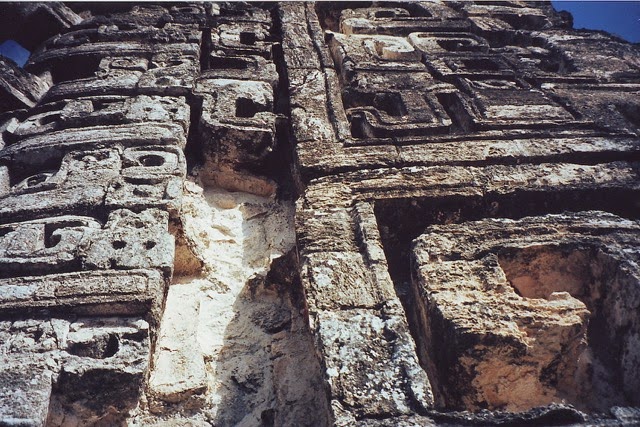 Posted by Ana M. Fores Tamayo/Adjunct Justice at 5:46 AM